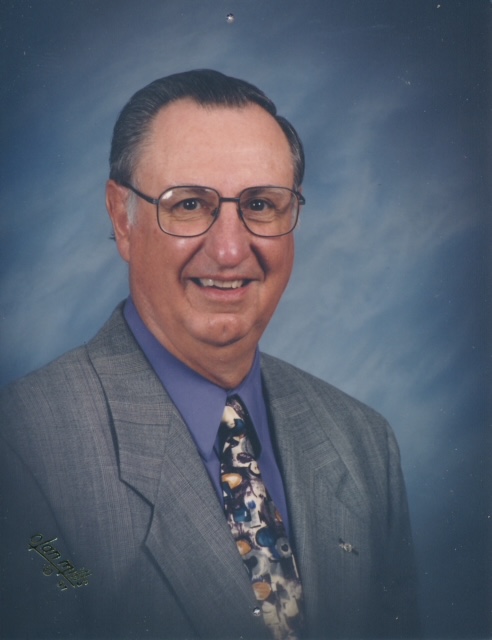 Roy Cooper Hinkel passed in peace July 14, 2022, at the home of his daughter Anne in Corinth, Texas with his family by his side.

A Celebration of Life service for family and friends will be held on July 30th, at 10:00am in the Chapel of Good Samaritan Society Denton Village, 2500 Hinkle Drive, Denton, TX 76201. Per Roy’s wishes, a cremation will take place with inurnment in the Columbarium of Dallas – Fort Worth National Cemetery at a later date.

Roy was born September 18th, 1932, in Concordia, Kansas to Roy Madison and Celia Delle (Cooper) Hinkel. He graduated from Concordia High School and served in the United States Army during the Korean War leaving the service with the rank of Sergeant. Following his military service Roy embarked on a long career in store and district management of the Duckwall/Alco Company. In October of 1960 he met the love of his life, Ann Elizabeth “Bitsy” Reed and they were married June 4, 1961.

Roy was known for his kind and gentle spirit, quick wit and his ability to connect with people. He was a Mason and Shriner of Lodge 60 in Salina, Kansas. He also was an active member of The Lions Club in Concordia, Kansas and Rotary Club in Loveland, Colorado. Roy volunteered at the Texas Scottish Rite Hospital for Children for 7 years. More recently Roy trained to be a Stephen Minister and lived a life of faith and service to others.

He will be missed dearly by his surviving family. He is preceded in death by his wife, parents and three sisters Gyla, Adrea and Reita. He is survived by his son Reed Hinkel and his wife Teresa of Round Rock, Texas; son Larry Hinkel and his wife Angela of Milton, Georgia; and daughter Anne Shannon and her husband Jay of Corinth, Texas. Roy is also survived by eight grandchildren, four great-grandchildren.

Condolences may be sent in care of Anne Hinkel Shannon 2229 Knob Hill Dr., Corinth, TX 76210. If desired, memorials may be made Donations for the Texas Books for the Blind volunteer services of the Texas Library and Archives Foundation, P.O. Box 12983, Austin, Texas 78711-2983 or txlafinfo@tsl.texas.gov. Or Texas Scottish Rite Hospital for Children (214) 559-7650 or tsrhdv@tsrh.org.

No Thoughts on Roy Cooper Hinkel