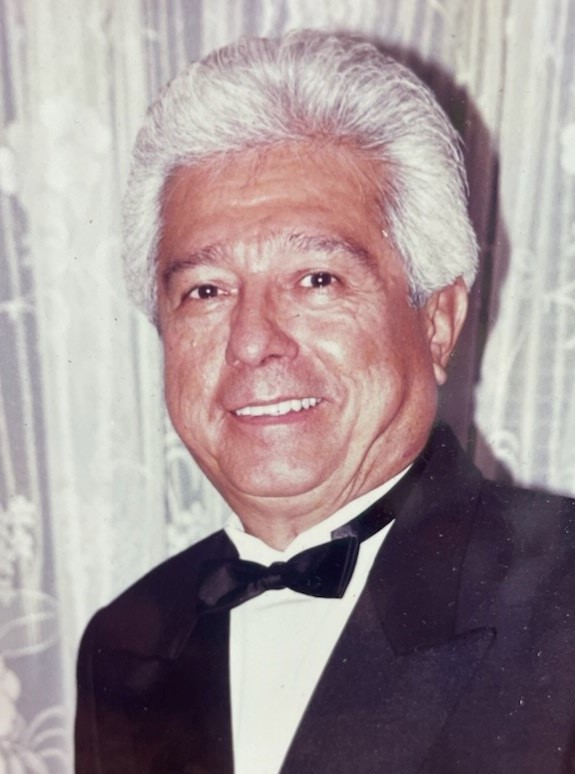 Ruben Joseph Alfaro, our beloved father left this worldly earth on January 15, 2023. He was born April 10, 1935 in Weslaco, Texas to Manuel Alfaro and Dolores Rios. The family migrated to Saginaw, Michigan. In 1953, he married Janie Garcia and they moved to Lansing, Michigan to start their family.

Our dad lived life to its fullest, he was dynamic and unfettered by traditional societal boundaries and walls which he believed were meant to be challenged and removed. He was rich in spirit and generosity and led the way by example – advocating support of family and community by giving time, money or in-kind contributions. It was about sharing your wealth no matter what form and celebrating the gift of Life. Ruben left an indelible mark on Lansing as a leader, mentor and soldier on behalf of La Raza. In 1972, he left Michigan to become development director of the Mexican American Cultural Center in San Antonio, Texas and continued to work with the Catholic Church and the Chicano community. He was also dedicated to supporting the priests and Ministry at Padua Place, San Antonio, Tx. His influence was far-reaching and he will be greatly missed.

A private memorial service will be held for family only. Always the consummate advocate for education and opportunity for La Raza, Ruben has asked that memorial contributions be made to the Mexican American Catholic College, 3115 W Ashby Pl, San Antonio, Texas 78228.

One Thought on Ruben Joseph Alfaro

My deepest condolences for the family of Ruben Alfaro and especially his daughter Tonatzin Alfaro Maiz and her wonderful sisters, the grandchildren, and great grandchildren with whom I have spent many happy times. Much love, Marie