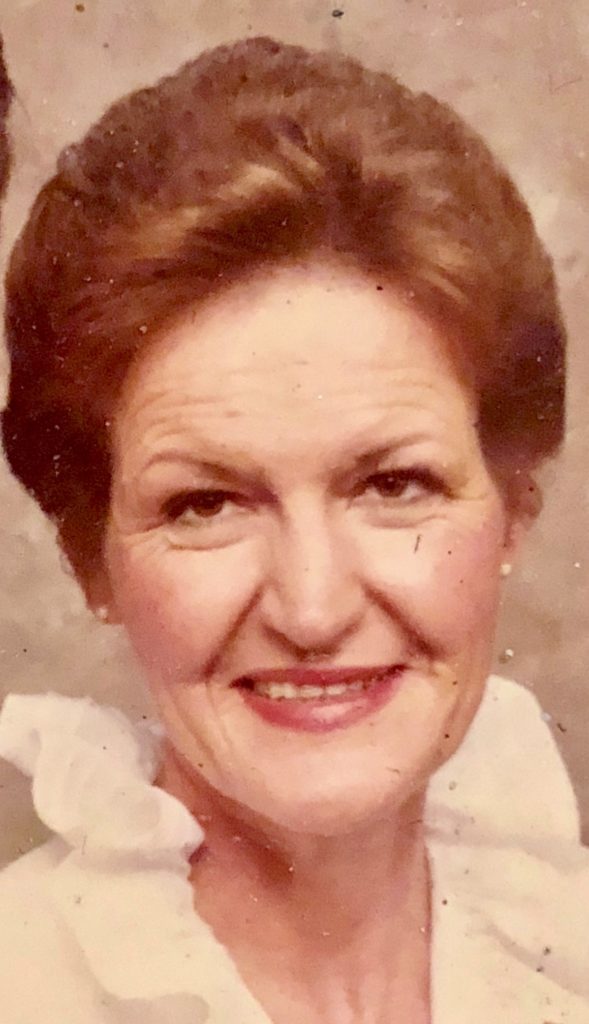 Ruby Linda Richards, 90, was born January 25, 1932. She was one of five sisters born in Gainesville, Texas. She later moved with her family to Fort Worth, Texas, where she graduated from North Side High School and met her now-deceased husband Carl Richards. Carl was in the Air Forces, Ruby accompanied him to his many different work assignments around the country, even one station in Bermuda.

After Carl retired from the Air Force, the family moved back to Fort Worth, where Ruby began a career as an administrative assistant with the GSA. Ruby received many commendations and awards during this time, including the Meritorious Service Award. After her retirement from GSA, Ruby enjoyed gardening, reading, splashdancing, volunteer work with the Red Cross, and spending time with her grandchildren.

Ruby will always be remembered fondly for her sweet-spirit and generous nature. Her family and GSA coworkers have many great memories of her vibrant personality and sense of humor.

Ruby is preceded in death by her husband Carl and youngest son Brian Richards. She is survived by her two remaining children, Karen Laboon, Carl Richards, and their families. She will be greatly missed by her children, her grandchildren Aaron and Ryan Laboon, Harley and Hayden Richards, and Emily Richards, as well as her great-grandchildren, Juliette and Rosie Laboon.

One Thought on Ruby Linda Richards

Ruby’s remaining younger and loving sister, Margaret Jane Heilman Worth, is currently under hospice care for dementia and Alzheimers in Florida. I hesitate to tell her the news about Ruby’s passing because of her condition, but I know she loved her sister very much. I will miss being able to talk with my favorite sister-in-law. Rod Worth