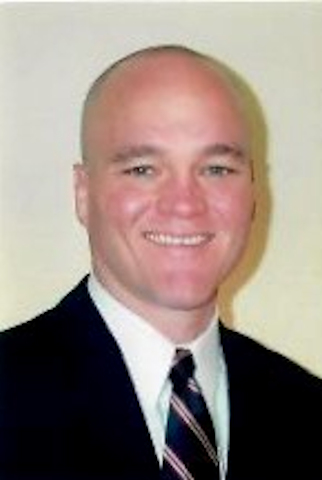 Paul graduated from Lake Highlands High School in 1985. He attended The University of Texas in Austin, graduating in 1989. While at the university, he was a member of Phi Gamma Delta and  active in student government. In his senior year, he was selected by the UT Parents’ Association as The Most Outstanding Male Student. Paul graduated from The University of Texas School of Law in 1994. While there, he was an Associate Editor of the Texas Law Review.

After graduating from law school, Paul joined a well-established firm before becoming a self-employed attorney. Although he had a long list of accomplishments and accolades, he felt the most important job he ever had was being a husband and dad. Family was of the utmost importance to Paul, and he made sure to let everyone know.

Paul traveled extensively in Texas, the United States and various parts of the world. Favorite spots include Big Bend National Park, Alaska, Iceland, Hawaii, and most importantly, Santa Fe, New Mexico. However, his favorite part about traveling was simply spending time with family. When the boys were young, he regularly took them on what he called “Days Around Dallas”. Taking his wife and mother out for impromptu drives and lunches was a frequent occurrence.

Having been born and raised in Dallas, Paul had an immense love for White Rock Lake which was only a five-minute walk from his Lakewood home. He enjoyed watching his sons row, assisting with neighborhood projects, and spending time with his wife and dogs.

Small gestures were also important to Paul, whether these gestures were reaching out to old friends while driving through their towns, sending small notes or gifts to let them know he was thinking of them or creating delicious meals for friends and family from whatever was in the fridge. He did each of these things with just as much thoughtfulness and care as the other, putting all other matters aside– even on the morning of his passing.

Paul was a Christian man with a deeply rooted faith and an extremely strong moral compass.

If desired, donations can be made to the Santa Fe Animal Shelter and Humane Society

A memorial service will be held at the Church of the Incarnation, 3966 McKinney Avenue on Wednesday, June 23rd at 2pm. We are celebrating Paul’s life, not mourning our loss, therefore traditional black is not necessary.

To Cindy and all of the family: I am so sorry for your loss.

Condolences from the Willey brothers and our families.

Paul always did the right thing, had a huge heart, and was always smiling no matter the circumstance.

You will be sorely missed by us all.

My condolences to the family, Wayne

My condolences to Paul’s family, Warren

Paul experienced great success in the important areas of life. His sense of humor was another plus. The loss of such a man in the prime of life is difficult to weigh. My wife Leanne and I are very sorry for Paul’s passing.