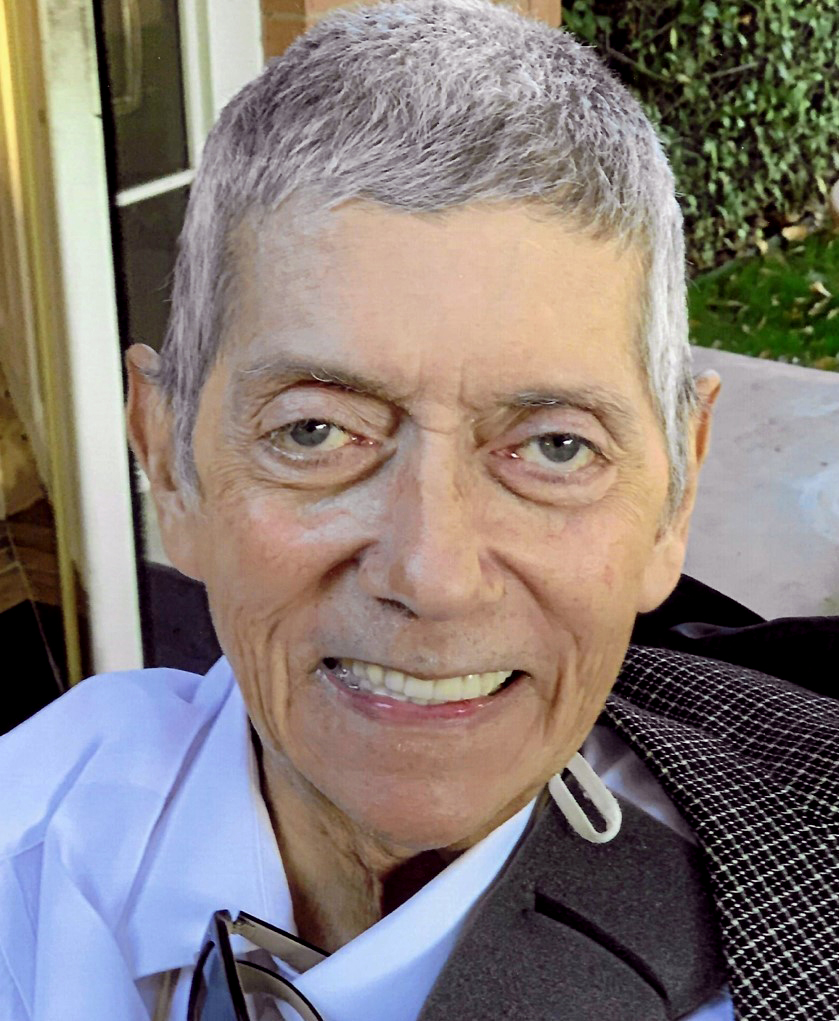 Steven Ray Diaz “Derz” was born in Dallas, TX, April 30, 1953, and entered eternal rest August 5, 2022. He was the son of Jesse, Sr. and Esther (Barrientos) who preceded him in death. He is survived by his brother, Jesse, Jr. (Vickie) and his brother, Frank. He is also survived by his nephews, a niece, great nieces / nephews, many cousins, and dear friends.

He graduated from W.W. Samuel in 1971 with honors and then graduated from East Texas State University with a Bachelor of Fine Arts in Graphic Art in 1975. He was awarded “One of the 100 Best” in the 1975 Student Creative Competition that was sponsored by the Dallas/Ft. Worth Society of Visual Communications.

He started his career in 1975 at Neiman Marcus and eventually transferred to the Visual Presentation Department at the flagship store in downtown Dallas.  Steve had a remarkable career in the Visual Department for numerous years which included managing the sign shop in the downtown store, staff artist designing and executing props for in-store and windows. He helped create lavish displays and designs for N-M’s annual Fortnight, Christmas, and other occasions.  He was promoted to the Corporate Visual Department where he interfaced with all Neiman Marcus stores. During his tenure he participated in the opening of numerous new stores. He also spent time at Susan Crane as a designer.

After leaving Neiman Marcus in 1985 he furthered his career as a freelance artist working for numerous high end retail companies and various other entities. In 1992 he moved to Seoul, South Korea and was employed by the Grand Hyatt as an event designer where he served for three years before returning to Dallas.

In 2000, Steve had a stroke that affected the right side of his body; however, this did not stop his willingness to continue to learn to compensate with his left side.  For several years, he contributed to DIFFA (Design Industries’ Foundation Fighting AIDS) by designing denim jackets to be auctioned at their major fund raiser.  He was the life of the party and will be missed by everyone who knew him.

Eternal Rest grant unto him, Oh Lord and May Your Perpetual Light shine upon him. May his soul and all the souls of the faithful departed through the mercy of God Rest in Peace.

In lieu of flowers, please consider donating to:

Steven was s full of lights and kindness. He was the first one to introduce me to neimans for a freelancing work. I was still at college and folded several thousand paper cranes for him to be used for neimans 95th year Japanese sun festival windows display.

He was so funny to tell me signing the summer time we would have to work in underwear during the summer time. I suppose i was rather naive. I ended up not taking a job as a window designer there. Just too scared haha.

When he had a stroke and had been loving in a couple of different places, i would take him out to lunch and drive him around.

I’ve only met Steven’s Mom but remembered how elegant and warm she was. And Steven had such loving friends , one of them being Marcia. I have never seen a friend who cares that much about a friend.

Sometimes i do dinner why all the good and talented people go so early but i also know that he is making his new community fabulous still. Lots of love to you Steven/derz.

My prayers are with all the family during this difficult time. May your faith in our redeemer Lord Jesus give you peace and know that someday we will all meet again in heaven. May God continue to watch and protect us all. ❤️

Though I was a little intimidated when we first met- I think he made a joke about my shoes- it was also that he was just so darn smart and had that biting humor that often was aimed at you- but you laughed anyway. Steve was also loving and caring. My mom- who probably was only around him a few times, was crazy about him.
I don’t know how he kept going like he did, side stepping obstacles and embracing creativity and life, but he did. Derz was awesome.
I’m glad to have known him.

I did not know Steven personally, but my friends at Neiman Marcus have always raves about his sharp wit and even sharper talent!
At LEAST Heaven will be beautiful and well adorned when the rest of the Visual Mavens arrive!
Take a well deserved Rest Steven!
And thanks for spreading your JOY while you were in this Earth!

I did not know Steven personally, but my friends at Neiman Marcus have always raved about his sharp wit and even sharper talent!
At LEAST Heaven will be beautiful and well adorned when the rest of the Visual Mavens arrive!
Take a well deserved Rest Steven!
And thanks for spreading your JOY while you were in this Earth!

May the love of God wrap you all in peace and comfort.
Love Carrie Teller (Marys Niece )

May the love of God wrap you all in peace and comfort.
Love Carrie Teller (Marys Niece )

Carrie! Thank you! Your mom and my brother were a lot alike. They were both very creative and loved that Neiman Marcus!