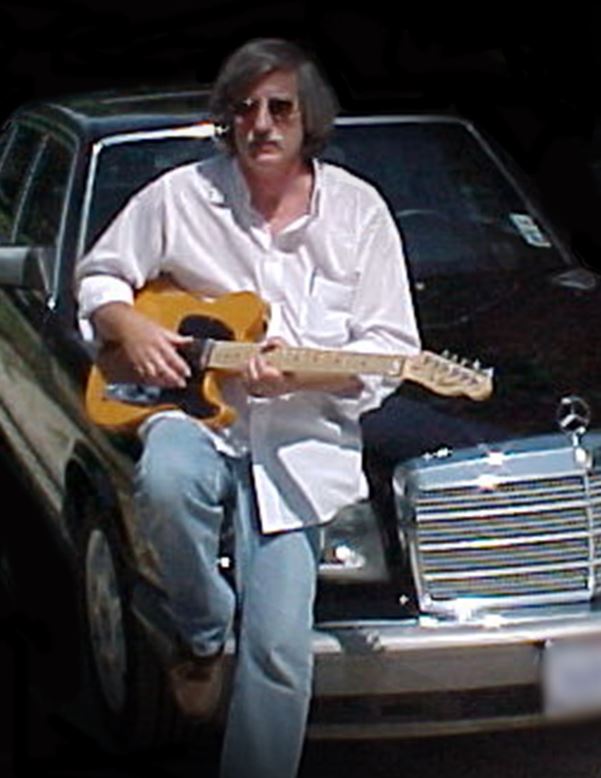 Terry Dee Betts, 69, passed away Tuesday morning, August 9, 2022, at his home in Plano, Texas. He suffered an apparent heart attack early that morning.
Terry Dee Betts was born April 26, 1953 at St Lukes Hospital, Kansas City, Jackson County, MO. His parents were Minford E Betts and Beverly Ann Vanbibber. His father remarried to Wilma Betts in 1958. Terry and birth sister Beth Ann were raised with step-siblings Steve, Vern and Linda Betts, but always considered them as full siblings. The family moved 5 miles Southwest of Odessa in 1961 where Terry attended school at Odessa, Missouri, from 3rd grade through graduation at Odessa R-VII High School.
Terry took an active interest in music at an early age and was an accomplished guitar player by the time he entered high school. He formed an early day band known locally as “The Second Generation”. Terry had a host of friends, business associates, and acquaintances in and around Odessa and all across the map and will be sorely missed. He always enjoyed an intelligent conversation about music, current events or just reminiscing about old times. Terry married his high school sweetheart, Phyllis Ann Brown, on November 5th, 1974. Phyllis came from a family with very deep roots in Odessa, MO. They enjoyed 46+ years of marriage beginning in Odessa and living in several different states.

Terry was first employed at the Kansas City Star newspaper where he became a Journeyman Pressman in the Pressroom. He worked his way up to Crew Chief in the Pressroom becoming an accomplished printer, He is the 4th generation of his family to work in the pressroom at the KC Star. He later worked at various newspapers including; The Dallas Morning News where he was Pressroom Manager at Plano, TX; Sacramento Bee in Sacramento CA, as Production Mgr. ; The Columbus Dispatch in Columbus, OH, as Production Mgr and living nearby in Dublin. He next took a management position in Technical Sales with TKS, a Japanese printing press manufacturer in Richardson, TX. There he oversaw new press installations at nine Wall Street Journal locations throughout the United States. He recognized that the actual printing press industry was in severe decline and geared up for a change in his career path.
Following a lifelong dream, he decided, at around age 51, to pursue a career as a lawyer. With an advanced degree in HR, he began a 7 year pursuit of his Law Degree which he obtained from Texas Wesleyan, graduating and joining the Texas Bar at about age 57.

Terry and Phyllis raised three sons, David, Bradford and Christopher. David blessed them with two grandsons, Benjamin, Andrew and a granddaughter Emma.
Terry and Phyllis were living in Plano, Texas, in 2006, when Terry suffered his first severe heart attack. After an operation to insert a stent, it was determined that a quadruple bypass surgery would be required. After slow but full recovery, Terry had a new lease on life. This gave him a new perspective and renewed interest in the four true loves of his life; Phyllis and his family, his guitars and music collections, his collie dogs, and his beloved cars including a 1963 Chevy which he owned for 48 years and a “Benz”. He recently released his ’63 Chevy to his son Dave who continues to care for it. Terry was also an accomplished stained glass artist and had numerous other talents.

Memories of Terry and condolences for his family may be left on my Facebook Page: Stephen K Betts | Facebook .

In addition to his father and biological mother, Terry was preceded in death by his son Bradford Lee “Brad” Betts, and nephew Sted Lepan Betts.
=====
On an interesting side note: Olive Vanbibber was the daughter of Terry Betts’ 5th Great Grandparents, Peter and Marjory BOUNDS Vanbibber II. Olive Vanbibber was married to Nathan Boone Sr., the son of the legendary Col. Daniel Morgan Boone Sr. Daniel Boone was one of the earliest pioneer settlers in Missouri.

In lieu of flowers, donations can be made to Operation Kindness, www.operationkindness.org/

Celebration of Life will be August 16th, 5-7 pm service at 5:30 pm by minister Brady Blevins. When service concludes family will receive family and friends until 7.

He was very wise and kind. He will never be forgotten. My prayers are with him and the family.

Terry and I worked together years ago. He was great to work with and always made me laugh. Terry always loved a good debate! I will always have great memories of those times. My thoughts and prayers are with his family and friends.