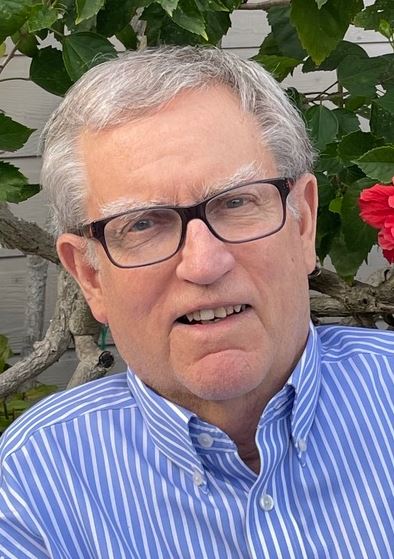 William Thomas Utter, Jr. passed away peacefully surrounded by family, July 16, 2022, in Dallas, TX. He was born in Asheville, NC, May 16, 1945, the only child of William Thomas and Crystal Sansbury Utter.

Tom is survived by the love of his life, his wife of 57 years, Susan, his daughter and son-in-law Amy and Matthew Banks of Dallas, his granddaughter Kathryn Banks of Chicago, IL and his cousin Martha Derrick of Charleston, SC. He was preceded in death by his parents.

Tom was Director of the Sinton, TX, Urban Renewal Agency when it received the first Community Development Block Grant awarded in the United States, February 5, 1975.

In 1976, Tom joined the City of Corpus Christi, TX, to manage the City’s Housing and Community Development program. As Assistant City Manager, he concentrated on Housing and Community Development, grant programs, planning, intergovernmental relations, and economic development. During his career in Corpus Christi, he worked with eight city managers and six mayors.

Tom served as President of the National Community Development Association (NCDA) in 1997-1998, and was a life member of its Board of Directors. A long-standing member of the South Texas Botanical Gardens & Nature Center Executive Board, he was an active, enthusiastic and generous supporter of ensuring its continuing success and impact.

Tom loved tinkering with his 26 antique mantel clocks, cultivating his night-blooming cereus plants, scratching the chins of many different cats, and cheering on his Clemson Tigers.  He and Susan traveled throughout the US and Europe finding art glass to admire and purchase everywhere. Tom never met a stranger, never turned down an opportunity to visit a taqueria, and never stopped bragging to anyone and everyone about his granddaughter.

A celebration of Tom’s life will be held at the Art Center Corpus Christi on August 6, 2022 at 5pm. In lieu of flowers, the family requests that donations be made in his name to the South Texas Botanical Gardens & Nature Center (stxbot.org or 361-852-2100) or charity of your choice.

I had the privilege of working with Tom during my tenure ‘95-‘03 on the CC City Council. He was a good friend, mentor and no pushover. He could also lower a hammer on you if need be. Working with his guidance we developed several affordable housing projects and many other projects of community importance. Tom was a doer and could close a deal. He was a national expert on housing and community development. He could also shoot a mean game of pool. He solved many problems for this community and those who worked with him will be forever grateful for knowing him. I talked to Tom often long after I left the council often seeking direction on projects or just to catch up. He always made time for people. My condolences to his sweet wife Susan & daughter he loved who kept him grounded.

Prayers to the entire family

Susan…my deepest condolences to you and your family. I was saddened to hear of Tom’s passing. I enjoyed his friendship and our work relationship for many years. He will be missed. Armando

Our deepest condolences to all of Tom’s family. May Tom be resting peacefully and eternally in God’s loving arms.

Jim and I are so sad to hear this news. We think of you both often and miss you as neighbors..

I am saddened to have lost Tom. The three of us have shared many adventures together over the last 37 years: trips to New York; antique markets in New York, Rhode Island, and Connecticut; great meals in all of the above places; many 4th of July trips and celebrations; and countless other memories. I have been thinking of those memories a lot in the last few days. Condolences to the family.

Susan, comforting love and prayers to you and the family dear one.
Nelda

May you rest in peace my friend.

Susan, Amy, and family,
I share your grief in the loss of our dear friend Tom. It was such a pleasure knowing him, and I even worked with him at City Hall And in Chamber of Commerce work. And of course anytime you were involved in the academic deacathlon, Tom was by your side doing some special assigned task.Tom made a difference in this world, and we all will miss him. Sending love and prayers during this sad time… Sincerely, Chris Davis Garcia (retired CCISD)

Susan, Amy, and family,
I share your grief in the loss of our dear friend Tom. It was such a pleasure knowing him, and I even worked with him at City Hall And in Chamber of Commerce work. And of course anytime you were involved in the academic decathlon, Tom was by your side doing some special assigned task.Tom made a difference in this world, and we all will miss him. Sending love and prayers during this sad time… Sincerely, Chris Davis Garcia (retired CCISD)

I was shocked and saddened to hear about Tom’s passing. He was always busy working to make the next big deal in an effort to mprove a situation for who ever was in need. Tom always treated me with the upmost respect and in this day and time that’s saying something. May God bless you and your family during this difficult time and know that many life’s in this community were greatly improved by the efforts of our good friend Tom.

Susan, deepest sympathies from Ann and I to you and your family. Tom was a great man and gave so much to the communities he worked in and improved the lives of those he dealt with. Tom was a Gardener , not just for the plants and trees he nurtured but for the many communities and people that have grown and prospered because of his work and commitment.