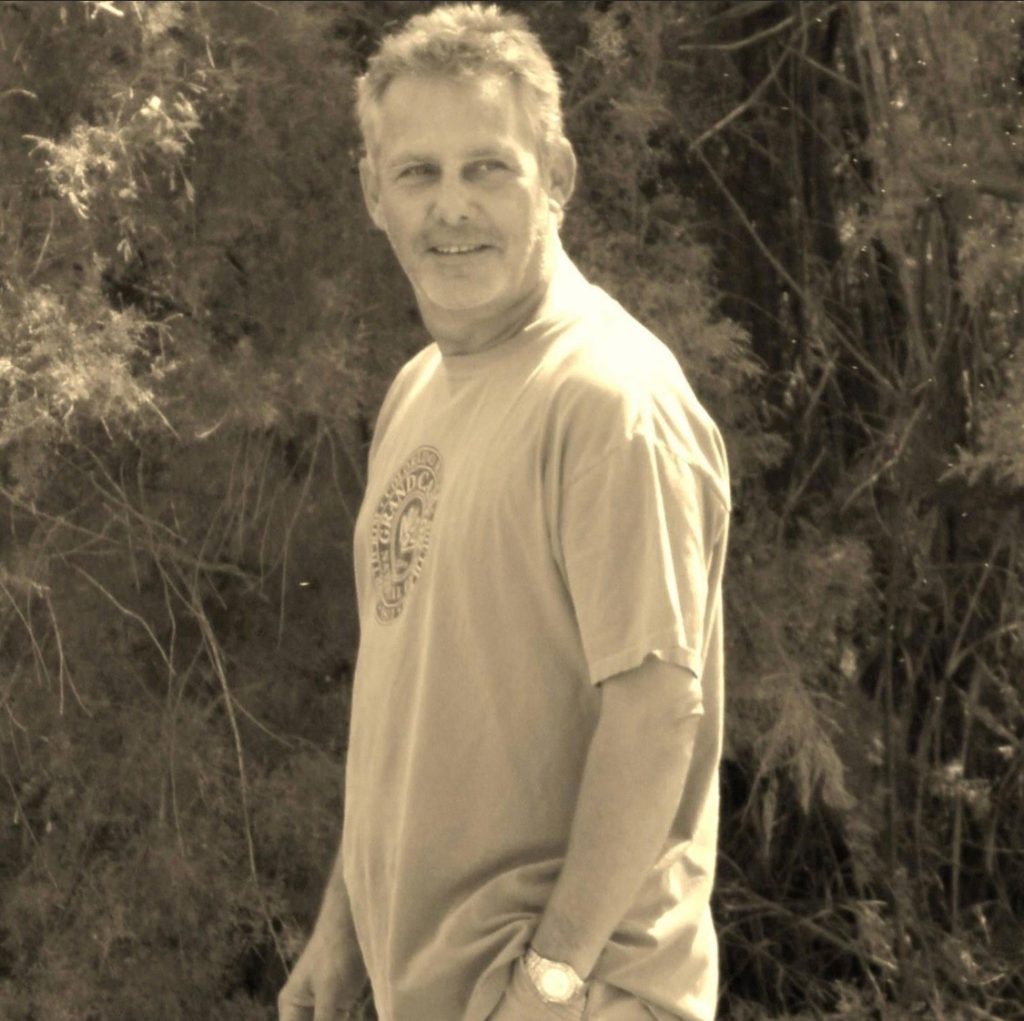 Zacary “Zac” Keith Kildow of Irving, Texas was welcomed into Heaven by his Lord and Savior on
Wednesday, March 23, 2022.

In the days and hours leading up to his departure, he was surrounded by
his loving family. “Do not let your hearts be troubled. My Father’s house has many rooms. I will come
back and take you to be with me that you also may be where I am.” John 14:1-3

He was raised in Oak Cliff, TX and grew up in the same neighborhood from birth through high school
where he made lifelong friends. He was introduced to the world of jewelry design by his high school art
teacher. He spent 3 years of high school completing vocational training in which time he developed a
love for jewelry design. In 1993, he received his certification from the Gemologist Institute of America
(GIA). He spent the majority of his career at Roberson’s Fine Jewelry in Little Rock, AR and Michael’s
Creative Jewelry in Scottsdale, AZ. Zac once wrote, “God’s way is carved in stone as is a finished article of
jewelry.”

Zac had many other interests, one of which was music. He listened to a vast array of genres, but anyone
who knew him well or went to Kimball High School understood his love for Stevie Ray Vaughn. That
should not come as a shock since he loved all things Texas. Enchanted Rock, Longhorn and Cowboys
Football, Dallas Stars hockey, Texas Rangers baseball, Texas chili without beans, turkey sausage from Inman’s Kitchen, and of course his greatest love of all, Blue Bell ice cream.

Throughout his life, Zac loved to travel. He went on a number of cross country, and he found great joy in hiking and camping at countless State and National Parks. He was very well read, and he enjoyed making a “quick stop” at every National Historic Landmark. On the weekends, you could find him gardening with his beloved Marcy or driving around town “treasure hunting” at estate sales.

At his 20 year high school reunion, he wrote, “The most meaningful events in my life have been: The day
I found Christ, the birth of my daughter, and my graduation.” Another monumental moment in his life
was becoming a Papaw, and he loved his three grandsons with every ounce of his being. He knew how to
savor and cherish the sweet moments in life. He lived hard, laughed hard, but most of all, he loved hard.
“The Lord is good, a refuge in times of trouble. He cares for those who trust in him.” Nahum 1:7

A memorial service will be held Saturday, April 9, 2022 at 3:00pm at Aria Funeral Home, 1820 North Belt
Line Road, Irving, TX 75061. In lieu of flowers, please consider a donation to the Tunnels to Towers foundation. https://t2t.org/?utm_source=sav&utm_medium=google&utm_campaign=search&gclid=EAIaIQobChMI9JDlptaF9wIVJgWiAx23cwC-EAAYASAAEgJOnfD_BwE

I am so very sorry. My thoughts and prayers are with you and your family at this difficult time.

So sorry for your loss ❤️

I miss you my brother, the late night phone calls, your laugh and your smile.

Zac was a great friend in junior and high school. My mother was his first art customer; she bought a rabbit miniature he made in high school and donated for a fundraiser. I am grateful Zac and I stayed connected after I moved to Illinois. In our last conversation, he told me how happy he was after he met Marcy. I’ll miss him very much. Rest In Peace, Zac.

The above description of Zac’s life is wonderful, emphasizing everything important to him- all passions that feed the soul. I had not been in touch for years but am so saddened by Zac’s passing. I will never forget his great smile and fun sense of humor. My deepest prayers and condolences to his family and those he loved most.
Rest In Peace, friend.

Zac will be missed. Even thought our lives took separate paths, I will always remember Zac as a special childhood and lifelong friend.

Prayers to the family

To Zac’s family… My sincere condolences. Zac called me about a year ago, and we caught up on all things Kimball Knights… He was so happy to be back in Texas, and was loving creating beautiful jewelry. He will
be missed. Gone too soon.

What a beautiful tribute to your dad Brittany .I know you will miss him ,and you will always have these wonderful memories to carry you through ,and you will guard them in your heart ❤️I’m so sorry for your loss ,prayers for you and your family

My first concert, Van Halen, was with Zac.
No matter how hot it was, we attended several Texas Jams together.
And then in 1991 we tackled leaving Texas and making a life in Arkansas thanks to some initial help from Dollie and Roger. There was always music and lots of adventure.
While our lives took different paths, we always had an appreciation for each other and our unique talents.
My deepest sympathy to Zac’s family, to his friends I know, and to those I didn’t have the pleasure of meeting.
I’ll miss my annual birthday call!
I’d say Rest In Peace, but Rock On Zac!

Angela, Dolly & family, I am so sorry for your loss. May you find peace & comfort in our Lord like only He can provide during these so difficult times. I’m praying for you all. Love, Mel